We Stand With Ukraine 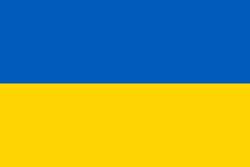 And then I go to the cinema and watch a documentary about the war. You’d just told me about it, and then I go and watch a film about a war you were in. Explosions going off around you. You’re carrying a gun, you’re filthy. Right in front of us a soldier dies, a young guy. And then there’s a casualty, and then another dead body. And you’re shouting orders. I can’t take it all in, that these explosions and shots and deaths aren’t just faked for the film, that the dirt on your face isn’t make-up. That you aren’t just some ripped Brad Pitt lookalike. And that you really have killed another person.

Nordic Drama Corner expresses solidarity for Ukraine and Ukrainians in this horrible time. We condemn the Russian government’s invasion of the sovereign territory of Ukraine.

We send our warmest greetings to our agent colleagues at All-Ukrainian League of Authors and to Ukrainian playwrights. If the Finnish artists are willing to support the Ukrainian writers by performing Ukrainian texts, we are happy to help you. Due to the war situation, be prepared for a longer copyright processing time.

Nordic Drama Corner sends strength, peace and hope to the Ukrainians and all those affected by the horrific acts in Ukraine.