Minna Nurmelin’s (b.1967) work focuses on women.  Women who can be irritating, inconsistent, strong-willed, or then again not, sensitive or thick-skinned, but who are always complex and vibrant.  In Nurmelin’s plays, women confront the most vulnerable aspects of themselves and each other, and face up to their tragedies, memories and emotions.  All this the author depicts with keen humour, even when the situation seems nothing less than desperate.  Nurmelin’s dialogue creates such a charge that even the audience’s pulse starts to race.

With her background as a director, Minna Nurmelin has a firm and effortless understanding of how theatre works.  Her first play, The Woman who Wanted to Faint (2010), is a series of amusing sketches about woman’s sexuality.  Her following work, Harvala (2012) written together with Annu Volanen, is a tale of three sisters gathered around their mother’s deathbed.  The play is a poetic study of the joys and anguish of family relationships.  Nurmelin followed this with Remember me (2012), a two-hander which brings together an estate agent in the early stages of dementia and a photographer going through the trauma of divorce.  This tragicomedy about the loss and rediscovery of one’s identity was hugely popular with both the critics and the public.  Nurmelin’s latest work, Dreamteam (2014), takes an ironic look at the vagaries of employment, life management and modern therapy.

Photographer Helena is selling her home after a difficult divorce.  The estate agent, Anna, comes to look over the apartment, but their business negotiations never really get under way, as Anna is gradually losing her memory and Helena is wallowing in her broken marriage. Both women have had the very foundations of their existence ripped out from under them, and are at a loss as they face the future.  By reaching out to one another, they gradually find a connection and begin to set their lives on a new footing.

Minna Nurmelin’s play is a highly perceptive, unconventional comedy about life’s painful experiences, the burden of which is off-set by the text’s sharp dialogue and off-beat humour. Remember me offers a moving, yet light-hearted probe into the recesses of the human psyche.

”Now you’re here. Just be. You’re sitting there, perfectly at ease. Everything’s fine. What would you say if I told you nothing happens by accident? You don’t have to say anything. There’s a reason for everything that happens to you. And now, now we’re just going to be.”

Hanna, Eeva and Jutta are Mia’s dream team. The plan is to set up a life coaching company that finds the hidden potential in every client and opens up the path to achieving their dreams. But helping others is tough if all your energy goes to keeping your own life together. Taking a joint trip and climbing a mountain are supposed to create team spirit and celebrate this fresh start. But will they even manage to take the first step?

Minna Nurmelin has shaped contemporary pressures, demands and gratuitous promises into a keen yet compassionate comedy. The deepest levels of heart and mind get a proper airing out, and the result is both invigorating and liberating. 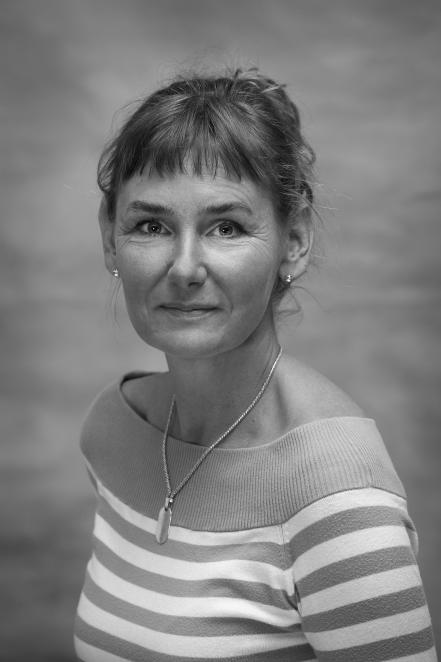