The hinterlands and forests of the North are the natural milieu for Ari-Pekka Lahti. Lahti is originally a biologist, and in his plays one can hear a deep concern for the state of the environment and the fate of the indigenous people. Lahti writes powerful, yet sensitive drama about the interaction of humans and nature. In his works speaks the voice of the disappearing North.

Lahti was the artistic director of Kokkola Municipal Theatre in 2009-2012. He received the Finnish State Award for Drama in 2011.

Heartland is a story of four generations living in the 19th and the 20th century. It is a story of Finnishness, the search for identity and the legacies the past generations leave to their successors. From countryside to the big city, through religion, communism and alcohol, these people keep falling but standing up again. Even in the deepest tragedy there is always room for grace and forgiveness.

A boy, a modern composer suffering from schizophrenia. The father, a house painter. The mother, a parish treasurer. And other poor people from Kurikka, a small town in western Finland. The boy’s mind is in turmoil and filled with the history of his family, the rants of a preacher and visions of Adolf Hitler. The possibility of love does raise its head, but can it truly help? The play brings the themes of faith, love and madness on stage in a unique and astounding way.

Nils-Aslak Valkeapää was a writer, a musician, an artist and an activist, who brought the culture of the Sami people into the consciousness of the entire world. This play is a portrait of this fascinating man, a poetic and beautiful story of an artist who searched for himself and experienced both the force of creativity and the grotesque world of fame. His story gives a voice to the art of the Sami and their battle for survival. It depicts the longing for beauty and the sacred in a world on its way to ecological disaster.

The play has been translated into English, Swedish and Russian. 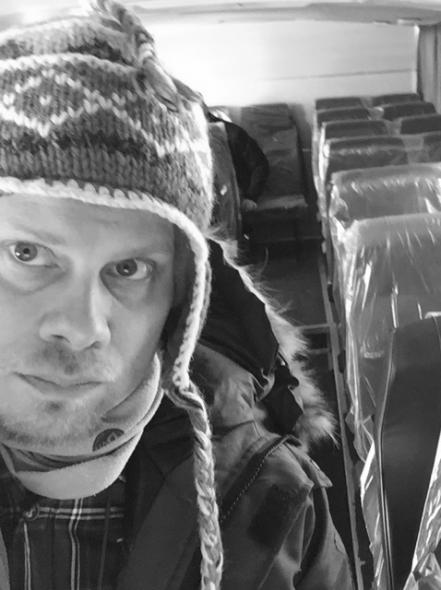