If you'd like to read one of these plays, please e-mail us at office@dramacorner.fi for a copy.

Saara Turunen (b. 1981), one of the most powerful playwrights of her generation, was born in Eastern Finland. She has graduated from the Theatre Academy Helsinki. At the moment, she works as freelance playwright, author and theatre director in Helsinki and abroad.

Turunen is known for her straightforward and edgy style. She has a distinct, provocative approach to her subjects; femininity, identity, norms and art. Her plays are both playful and aggressive, often related to the world of fairy tale and pop culture. Turunen uses language both to irritate and to charm. Her writing combines trivial verbal approach to clear poetic images.

Turunen´s debut play is the acclaimed work The Bunny Girl (Puputyttö 2007) which first premiered at the Theatre Academy Helsinki and due to the great success was invited to the repertoire of the Helsinki City Theatre. The play speaks about woman's purity and loss of identity. It depicts escaping and drowning into dreams, fantasies that become invincible if one can't let them go. Later on The Bunny Girl has been translated into twelve different languages and performed in several countries, such as Mexico, Spain, Hungary, Czech and Estonia.

Turunen´s second play The Broken Heart Story had its premiere at Q-Theatre in Helsinki in 2011 directed by Turunen herself. The work was considered by theatre critics as one of the highlights of the year due to its fresh new form. Turunen directed the piece also at the Lithuanian National Drama Theatre in 2014 and in Sala Atrium and in Sala Villarroel -theaters in Barcelona during the years 2016-2017. The Broken Heart Story was also staged in New York and Mexico City by other directors.

The play has also a short fragmentary version, The Broken Heart Fragments, translated into English and Catalan.

The Phantom of Normality owes its inspiration to Luis Buñuel’s film The Phantom of Liberty. Where Buñuel’s film investigates freedom, this theatre piece pierces our assumptions of the commonplace and explores the yearning for the ordinary, the fear of difference, the horror of standing out from the crowd. The Phantom of Normality was premiered at Q-Theatre in 2016 and having been both a critical and a commercial hit, it was invited to the theatre´s repertoire again in 2017. The play received outstanding reviews and the production won Thalia Award in 2017. The play has been translated into English and Spanish and will be performed in Festival Internacion de Dramaturgia, in Buenos Aires in summer 2018. Turunen's latest work for theatre, Medusa's Room (2019),is a companion piece to this earlier work and was also premiered at Q-Theatre. The play won the Lea Award for the best Finnish play of 2019.

Turunen´s debut novel Love/Monster came out in 2015 and won the Helsingin Sanomat Literature Prize, one of the most important literature prizes given annually in Finland.

Turunen´s second novel The Bystander was published in spring 2018, and has received excellent reviews.

Turunen has been invited to participate in the International Forum of the Theatre Treffen in Berlin, Forum of Young European Playwrights Neue Stücke aus Europa in Wiesbaden, the Festival of European Contemporary Playwrights by the Theater Husets in Copenhagen and l'Obrador d'estiu de la Sala Beckett in Barcelona.

A woman sits alone in a restaurant. Images flash in front of her eyes. Her whole life she has wanted to be something else: a sweet, pure little girl, a sexy bombshell, an attractive wife. Someone worth loving. But there’s always something wrong with her; she doesn’t know how to act the way a woman should. The voice of fate calls out: “You will end up alone.” Rage bubbles up inside her, erupting in violent, bloody visions. Tonight she must either turn in a new direction or face the ultimate dead end.

Saara Turunen’s powerful play progresses in a ferocious stream-of-consciousness, blending levels of reality into a color-saturated fresco. The pressures women face are given a stinging, concrete form, and childhood and adulthood melt into one another in a genuinely theatrical way. The play offers opportunities for a variety of interpretations and executions, and its open format encourages the director and the actors to bring their own original ideas to the work.

The play has been translated into English, German, French, Hungarian, Slovak, Spanish, Danish, Polish, Italian, Estonian, Czech and Russian. The play has been published in Mexico by the Paso de Gato Theatre Editorial, and in Belgium by the Samsa Editions.

In addition to the Finnish productions, it has been produced at the Barcelona Theatre Institute, invited to the Sala Beckett, the Sirály Theater in Budapest, also invited to Vidor-Festival in Nyíregyháza, the Teatro El Granero de Centro Cultural del Bosque in Mexico City, invited to the Festival Cervantino, Guanajuato, Mexico, in Divadlo Letí Theater in Prague, and as a radio drama at the Estonian Public Broadcasting (ERR).

The Broken Heart Story is the story of two women. The main characters are a mannish writer and her complete opposite, a vain and love-hungry scatterbrain. Both women seek happiness in the way they see best, but also fettered by the definitions and expectations of the world surrounding them. In the end, the women’s conflicting conceptions of freedom and perhaps a genuine lack of it lead them face to face on the brink of a momentous decision.

The Broken Heart Story is a story of art and love. It examines the surrounding world first and foremost through the internal reality of the characters. The play delves into questions of identity, choices, and how to live to achieve happiness. The play doesn’t offer answers or guidance. Instead, it paints a poetic, absurd landscape overflowing with questions. The form of the text borrows influences not only from American pop culture but also Brecht’s tableau-like learning plays and their form of direct audience address.

The rainy world of the play nevertheless bubbles with humour and a light touch in the face of big questions. Beneath its naive style, The Broken Heart Story creates an overview of contemporary society, especially through its female characters. ”To be a subject or an object?” wonders a whiskered woman, a cat’s skull in her hand.

"Some questions:
Can art change reality?
When did you last comfort someone else?
Do you want a gift?
Do you like ketchup?
Do you like driving fast?
Where does the soul reside?
When did you cry last?
What do you think about theatre?
Do you watch F1 races sometimes?
Is it raining over there?
What is love?"

The play has been translated into English, German, Danish, Swedish, Estonian, Spanish, Lithuanian, Czech and Greek.

In addition to the Finnish productions, it has been produced by the Ingenue Theatre at the Center For Performance Research in New York, the Lithuanian National Drama Theatre in Vilnius and in Sala Villarroel and Sala Atrium theaters in Barcelona.

The Phantom of Normality (Tavallisuuden aave, 2016)

The Phantom of Normality owes inspiration to Luis Buñuel’s film The Phantom of Liberty. Where Buñuel’s film investigates freedom, this theatre piece pierces our assumptions of the commonplace and explores the yearning for the ordinary, the fear of difference, the horror of standing out from the crowd. The play combines and fragments habits and traditions, pouring forth the relentless struggle of the everyday and the exceptional; of discipline and chaos.

The Phantom of Normality is a melodic collage from which an absurd, melancholy world emerges. It hosts a crowd of tragicomic beings searching for a way to connect.

The play has been translated into English, Spanish, German and Lithuanian.

In ancient mythology Medusa was a fair maiden, who was raped by Poseidon. Medusa's Room is a fragmentary work for theatre, inspired by the myth of Medusa. It raises up images and situations, moments and flashes that all have some kind of relationship with power, its genderization and inequal distribution.

Medusa's Room is a continuation for the theatrical language and way of presentation familiar from Turunen's previous piece, The Phantom of Normality. The works function as a kind of diptych, but at the same time they build their wholly own, independent and unique worlds.

"Medusa's Room is not easy, but not difficult either. It has plenty of ugliness, but more beauty. The piece stirs, but does not force. Makes you smile, not cry at all."

The play won the Lea Award for the best Finnish play of 2019.

The play has been translated into English and Czech. 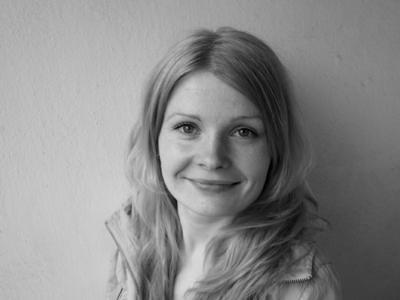