When Kristian Smeds (b. 1970) speaks, people listen. One of Finland’s top writers and directors, from the very beginning of his career Smeds has shown that he has much to say and the ability to say it. He’s just as much at home portraying the inner worlds of his characters as in highlighting the remotest corners of society.

Smeds’ plays are wild, energetic, and filled with many distinctive voices. They can be interpreted in many different ways, and can take full advantage of a wide variety of theatrical techniques. His language is rich and colourful, but at the same time natural. In Smeds’ world, the personal and the political are indistinguishable, and his work is characterized by a deep concern for human beings.

The intimate chamber plays Yhä pimenevä talo (Darkening House, 1995) and Jääkuvia (Frozen Images, 1996) examine families, particularly conflicts between generations. Jumala on kauneus (God is Beauty, 2000), based on the novel by Paavo Rintala, is a powerful portrait of an artist, whereas Huutavan ääni korvessa (A Cry in the Woods, 2001) takes a breakneck look at fanaticism and marginalization in Finland.

As his farewell production for the Kajaani Municipal Theatre, Smeds directed a very contemporary and original adaptation of Chekhov'sThree Sisters.

Recently Kristian Smeds has been active on the international scene. His dramatization of Arto Paasilinna's novel, Jäniksen vuosi (The Year of the Hare), for the Von Krahl Theatre in Estonia (2005) has been widely praised. With Lithuanian colleagues, he developed a female monologue, Sad Songs from the Heart of Europe, based on Dostoyevsky's Crime and Punishment.

In the autumn of 2007, he dramatized and directed an explosive production of Väinö Linna’s The Unknown Soldier. This re-interpretation of a cherished Finnish novel has been the most controversial theatrical event in Finland, provoking wide acclaim as well as fierce debate.

Smeds has now established an international theatre collective, Smeds Ensemble, which has partners in the Baltic countries, Hungary, France, Belgium and Germany. Smeds Ensemble had its first production, Mental Finland, premiered at the Royal Flemish Theatre in February 2009. During the same year, the production toured to Helsinki, Vilnius, Linz and Strasbourg.

In 2010, Smeds did an adaptation of Paul Auster's novel Mr Vertigo at the Finnish National Theatre. In 2011, he was awarded the Europe Prize New Theatrical Realities.

Smeds returned to the themes of Crime and Punishment in Der imaginäre sibirische zirkus des Rodion Raskolnikow, which he directed for Münchner Kammerspiele in 2012. In 2014 he wrote, directed and starred in Palsa, a play about the maverick painter Kalervo Palsa at the Finnish National Theatre.

A bitter old woman is sitting in a huge, nearly empty house. She lives in her memories, tormented by the voices of the past. In every scene, she has a young woman for a companion, who is at times her servant, her son’s bride, her daughter. It isn’t always clear which persons are real or a figment of her imagination. Invisibly present are also the woman’s husband and son, or at least her memory of them. Piece by piece, the old woman’s and her family’s story becomes clear, and the tragic past and painful feelings rise again to the surface. Finally, the woman must decide whether she will try one last time to achieve reconciliation and forgiveness, or sink forever into loneliness.

Darkening House is a subtle and enigmatic chamber play, containing two powerful and rewarding female roles. Despite its stark atmosphere, it nevertheless recognizes the possibility of hope and light.

The play has been translated into Russian, Swedish, Hungarian, Danish and Ukrainian. It has been performed at the Rialto Theatre in Copenhagen.

Ten pictures of the people and life of a northern-Finnish family. A single-parent mother's only resource is hatred. A drowned child observes the world from the bottom of a river. The fathers are gone, as their fathers before them. A daughter tries to break free of her mother, but even out in the world she cannot gain control of her life. The preacher has lost faith in people, but still cannot give up hope. Frozen Images describes the strenuous life of the north, a continuous chain of subjection from one generation to the next. At its centre, however, there is hope and warmth. The play’s overarching theme is love, which is so absolute and fierce that it’s almost impossible to bear. Smeds combines the burly, folksy language of the north with colourful poetry. The play consists mainly of monologues, but also allows the possibility of improvisation and stylized delivery.

The play has been translated into English, German, Danish, Russian, Estonian, Catalan and Hungarian. In addition to numerous Finnish productions, it has been performed by the Associacio Artitistica IndiGest in Spain. The co-production betwen the Finnish group sadsongskomplex:fi and the Griboedov theatre in Tbilisi has been performed in Georgia, Russia and Finland.

Based on the novel of Paavo Rintala
2F, 3M, other casting possible

The story of a young artist’s struggle with himself and the world around him is told through ten paintings. In the north of Finland and in Paris, Vilho Lampi is searching for a way to express himself. At times he's intensely excited, though at other times he's disappointed yet again. All the while, he struggles to reach the realm of beauty. Lampi turns to politics for answers, falls into a trance in the Louvre and identifies with van Gogh as well as with an aspen tree. Everywhere he goes, he is an outsider, nor is there a place in the world for his uncompromising attitudes. Lampi’s life is at times full of joy, at other times full of hopelessness, but he never stops asking questions or searching for the truth.

Based on the novel by Paavo Rintala, the play is more than a portrait of an artist; it is also a play about encountering beauty, searching for the divine, and dealing with the difficulties of being human. It is about a man who tries to see into infinity.

The play has been translated into English, French, German and Estonian.

The play has been produced at the Städtische Bühnen Osnabrück in Germany. The original production has visited the Wiesbaden Neue Stücke aus Europa  festival.

In this play, Finnish fanaticism explodes onstage. During a bleakly funny social gathering of a rural community, people sing hymns and workers’ songs, and everyone, from agitator to preacher, gets a chance to speak. The voices of the outcasts, those whom society has trampled, raise in polyphonic, breathtaking splendour, creating music with a doleful warning. In the course of the evening, the play examines alcoholism, racism and unemployment, looking to both politics and religion for answers. But in the end a question remains: what happens when ideologies have been defeated but hatred remains?

Smeds takes ingredients from the Finnish working-class novel The Red Line as well as the writings of the Christian revivalist Laestadius, but at the same time connects them closely to the present day. The play doesn’t offer ready-made answers, but rather leaves the audience to decide for itself.

The play has been translated into German and Swedish.

Now it’s Sonja’s turn to talk. She tells us a story that many of us have already heard but never fails to arrest us: how her father drinks away the last of the money, regrets it every time but won’t quit, how the only way to support her siblings is to head out onto the streets. And how one day a young man enters her life, his conscience burdened by a secret... Crime and Punishment takes on a new, poetic, and genuinely theatrical form in this monologue play, in which Sonja performs all of the roles. Guilt, shame, hate, love, and redemption bite all the way to the marrow, palpable and real. Smeds, one of the top names in contemporary European theatre, brings this classic to the present day but does so in a purely Dostoyevskian spirit. The play has been translated into English, German, Italian, Lithuanian, Russian, French, Flemish and Slovenian. It premiered at the Lithuanian National Theatre and has been produced at the Teatro della Limonaia in Firenze, Italy, during the Intercity Festival. Finnish theatre group sadsongskomplex:fi tours currently the world with their production. 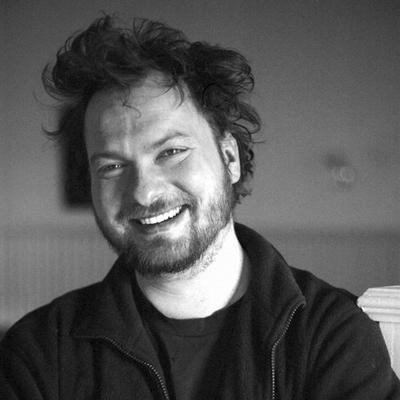