In Elisa Salo’s plays, reality and fantasy blend in surprising, fun, and bewildering ways. Many of her texts are targeted at children and youth, but their inventiveness and humanity have charmed viewers of all ages. Salo, who began her career as an actor, knows the potential of theatre like the back of her hand, and is skilled at creating piquant characters that reveal new dimensions during every performance.

Naurutalo (The Fun House, 2008) is a wildly absurd piece about two women in the subterranean mazes of an amusement park. Wandering through memories and imagination, the text offers two actors a superb opportunity to throw themselves into new roles and experiment with theatre’s techniques.

The children’s play Iik, hammaspeikko (Oh no, it’s the Tooth Monster! 2009) is a fast-paced story of a small tooth monster’s adventures outside its home mouth. The playlet Suuren leikittäjän käsi (The Hand of the Great Manipulator, 2010), on the other hand, is a dreamlike dive into internal worlds, expectations and dreams.

Elena doesn’t have any reason to be feeling down. But when you’re feeling down, the causes aren’t always obvious, especially if you’re a lonely teenager who’s shy about her looks. Running and throwing up aren’t really the answer, either. Then Elena wanders into The Garden, a website where you can be whatever you want to be – even if your identity is stolen from a friend. The Garden is frequented by the enigmatic Dark Flow, the only one who seems to understand what Elena is going through. But Dark Flow also has a real life and all of the accompanying challenges, surprisingly close by. At some point, both have to leave behind the protection of cyberspace and face their challenges as themselves.

This true-to-life, laid-back play for youth neither stoops neither to sugar-coating nor pessimism in its portrayal the world of teen-agers. It shifts naturally between pain and joy, finding beauty and humour even amid anxiety. The tight dialogue and inventive, genuinely theatrical depiction of the online world present an opportunity for a captivating performance, one that offers food for thought to viewers both young and old.

The play has been translated into English, German and Spanish. 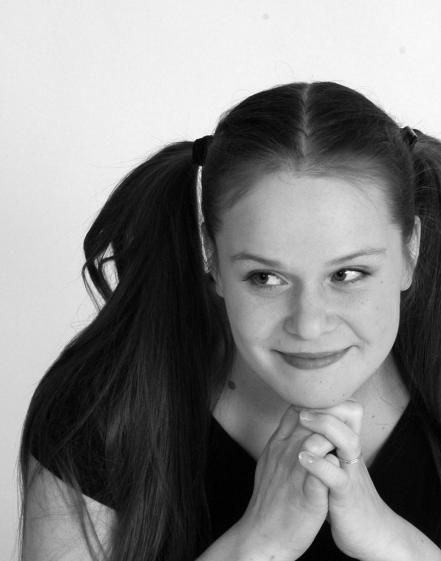