Beginning in the mid 1990s, Arto Salminen (1959-2005) shocked, amused and irritated readers with his racy and raw novels describing the underside of society. Salminen made visible the sides of Finland which nobody in polite circles wanted to discuss.

Wherever Salminen roamed, be it a warehouse, a tabloid editorial office, or a taxi, he always found material for black humor and brave, expansive realism, brought to life in striking and steely-edged language. Beneath the comic surface of his books and plays, however, lies a serious message about the disintegration of society and the loss of morality.

Salminen's novel, Varasto (Stockroom), along with his dramatization for the theater (2005) describes the dregs of society, people driven to the edge who resort to extreme and ruthless acts. The stockroom of a paint company becomes a miniature of contemporary Finland.

Paskateoria (Shit Theory, 2005) targets the tabloid press and the whole world order it maintains. Suurnäkki, a reporter, tries to preserve the remnants of his conscience even as he engages in fierce competition for readers. At the same time, rumours of an armed uprising are floating in the Helsinki suburbs.

Salminen was a Runeberg Literary Award finalist in 2002, and won the Olvi Prize in 2004.

Rousku and Raninen drag paint cans and wallpaper around the stockroom of a paint store. Rousku supplements his income by stealing and selling goods, but management is beginning to notice odd disappearances. On top of this, the salesclerk Karita is pregnant and blackmailing Rousku: take responsibility for the child or she'll squeal on him to the boss. Rousku decides that under the circumstances anything goes, including framing an innocent co-worker.

Stockroom is a bleak and macabre portrayal of a divided society, where morality can exist only in inverse proportion to how hard an individual is pressed. The play does not contain any characters which might be called pleasant, but it is full of tough humour, biting dialogue, and sharp social critique.

The play has been translated into English, German and Slovak. 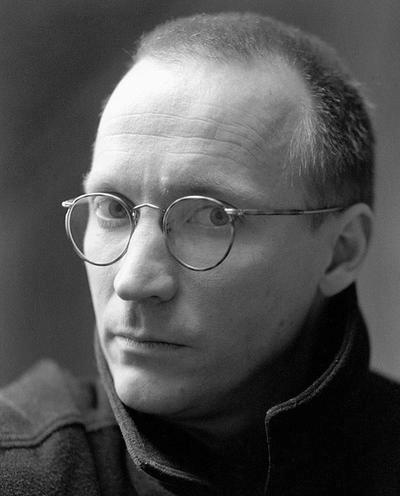