Whether depicting a seventeenth-century court or a modern apartment block, Laura Ruohonen (b. 1960) creates her own special world in her plays. Ruohonen’s texts are both poetic and down-to-earth, combining humour and tragedy into an organic whole. In her plays, people are inextricably bound to their environment, and an individual’s inner and outer life reflect one another, sometimes getting blended in the process. Ruohonen writes on many levels, and her works can be interpreted in many different ways. At the heart of her works lies a strong ethical core.

Ruohonen’s breakthrough play, both nationally and internationally, wasOlga (Olga 1995), which describes the unusual relationship between an old woman and a young petty thief. Suurin on rakkaus (The Greatest of These is Love, 1998) focuses on nineteenth-century cultural figures, but its questions about morality and art are relevant today. Suomies ei nuku (The Swamp Man Never Sleeps, 2000) portrays a family, the relationship between the past and the present, as well as the opposition of rural and urban life. Ruohonen’s play about the Swedish Queen Christina, Kuningatar K (Queen C, 2003), examines in a poetic and humorous way the themes of power, identity and gender. Saari kaukana täältä (An Island Far From Here, 2003) is a play for teenagers, and premiered in London at the National Theatre’s Shell Connections festival. Set on a remote island, Ruohonen’s  Yksinen  (Island 2006) examines what happens when people with very different world views collide, as well as the consequences of our dependence on technology. Laura Ruohonen’s latest play, Sotaturistit (War Tourists 2008), had its premiere at the Finnish National Theatre in 2008. This black comedy demonstrates how war corrupts even those who do not participate in it. It explores what it is that makes death and destruction so compelling that we can never get enough of it. It was chosen as the best Finnish play of the year 2008. Hilarious and inventive children's musical Yökyöpelit (The Stayawakes, 2011) was also turned into a popular tv series. Luolasto (Cave, 2014) centers on an underground world and the different ways people see it, whether as a beautiful and mystical place or as something to be exploited.

From 2008 to 2013 Laura Ruohonen was the Professor in Drama of the Theatre Academy Helsinki.

Olga is an old woman who lives alone and is taken advantage of by those around her. A young good-for-nothing, Rundis, joins this crowd. Olga is unconventional, however, and forces Rundis to question his own values. Olga and Rundis embark upon a unique and unsettling love story.

In a sensitive and touching way, without a trace of sentimentality, Ruohonen shows how two marginalized people find each other. Olga is also a story about what happens when the world around someone changes so quickly and profoundly that nothing is familiar.

The play has been translated into English, French (unauthorized draft version), German, Russian, Italian, Romanian, Lithuanian, Cantonese and Byelorussian. It has been performed at the Jaunas Theatre in Vilnius, the Traverse Theatre in Edinburgh, the Rough Magic Theatre in Dublin, the Janka Kupala Theatre in Minsk and the Landestheater Tübingen, Germany.

"When I was born, ten cannon shots were fired. This means: a son is born."

Queen Christina, who ruled the Swedish-Finnish empire in the seventeenth century, was a fascinating figure. This educated and cultured ruler, who was raised like a man, was a patron of the arts and studied philosophy. But then she converted to Catholicism, abdicated her crown and lived the rest of her life in Rome, where she died in 1689.

The play is not, however, a realistic portrayal of the historical Christina. Rather, it is built on many layers, through the use of powerful metaphors, depicting a person who aspires to be independent, to choose her own gender, religious beliefs, country and entire identity. Queen C is a poetic, magical and quirky story, whose main character is as captivating for us today as she was for her contemporaries.

The play has been translated into English, French, German, Dutch, Swedish, Czech, Hungarian, Estonian and Spanish (unauthorized draft version). It has been performed at the Dramaten in Stockholm, the Divaldo Cara in the Czech Republic and the Belvoir St Theatre in Sydney.

Two sisters, Lida and Sofia, dream of finding an island where they can move together. One day they find an old woman in the cellar of their apartment block, hiding from her son who has just been released from jail. When the teenager Lida makes friends with the boy, the relationship between the two sisters is tested in an entirely new way. They must learn to take responsibility for themselves and for each other.

Operating on the borders of realism and fantasy, the play shows the many faces of love and falling in love, including familial love and sexuality. Light and darkness, in both their literal and metaphorical meanings, are powerfully present in this play, as well as the theme of nature. An Island Far From Here takes an unsentimental look at the family from a child's point of view. Alienated from nature, history and each other, the young people must reflect upon their own ways of being, and develop new ways of living, and maybe even loving.

The play has been translated into English, German and Swedish. It premiered in London at the National Theatre's Shell Connections festival. It has been performed at the Unga Dramaten in Stockholm.

Two women, a retired ophthalmologist who wants to build a house, and a young single-parent architect, are stranded on a remote island when their motorboat doesn’t start. Thus begins this classically-proportioned play, recounting the events of a single twenty-four hour period. In this play, nature takes stock of the women just as the women take stock of each other. The rich widow’s ironic indifference collides with the architect’s rigid dogmatism in a way which makes the audience laugh and think at the same time. The play asks big questions: the place of an individual in the cosmos, the status of women, and the helplessness of modern people in the face of nature when technology fails.

The play has been translated into Danish, English, Estonian, French, German, Russian and Spanish. It has been performed at the Rostock Volkstheater in Germany and at the VAT Theatre in Tallinn.

As the Crimean War gets under way and British fleets are preparing to attack in the Baltic, a Swedish civilian vessel, the S/S Linköping, also approaches the Finnish coast, bearing passengers who have paid good money to watch the fighting up close. Nisse, the owner of an undergarment factory, is convinced that war provides a glimpse into human nature at its purest, while Mr. Svensson collects war memorabilia to sell. Svensson’s daughter Inge is bored to tears, until she meets the British soldier Jon. Allen, a war correspondent, tries desperately to provide readers with a true picture of the war, while Admiral Charlie wishes to retire but is not allowed to do so--despite having lost both an arm and a leg.

Laura Ruohonen’s latest play premiered to critical acclaim, and was named the best Finnish new play of 2008. In the words of the jury, ”War Tourists leaps into a new kind of historical, contemporary and imaginative world, appealing both to sense and sensibility.”

Ruohonen’s black comedy demonstrates how war corrupts even those who do not participate in it. Everyone in turn abuses or is abused by others, sometimes at the same time. The play explores what it is that makes death and destruction so compelling that we can never get enough of it, and indeed long to witness it again and again.

At the house of the Stayawakes, no one sleeps at night. Many shady sneakabouts and dangerous dodgers can be found there: The Invincible Baby Khan never sleeps, Grandmaster Gran, The Headless Headlouse starts Night-Home Blood-Pudding, Mr. Cuckoo's wife lays eggs everywhere. The most mysterious of them all is tiny Gnawer, who walks in the air.

Then somebody eats Mr Wizard Spy's car, Baby Khan's sheets and Grandmaster Gran's home nest. Soon the inhabitants will have the whole house eaten from them! There are small and big villains about. Who can clear this all up? No one but Mr. Wizard Spy! The master detective and disguise expert who can't say no.

Kilometres below the surface of the earth, a guard sits alone, checking access passes and monitoring subterranean currents and radiation levels. This peaceful existence is shattered by a young female archaeologist who arrives to examine ancient cave paintings. Meanwhile, a team of engineers is surveying the caves as a potential final repository for nuclear waste. It’s not long before the guard’s heart and the bedrock start to heave as age-old forces shudder into motion. You can lose yourself in a cave or another person, but when it comes to the crucial moment, will you have the courage to push on? Or will you turn back?

Love, technology, myth, and natural forces collide in an earth-shaking, apocalyptic and comedic vision where the past, the present, and the future come together, forming a labyrinth that continuously opens in new directions. Cave poetically and mischievously poses fundamental questions about responsibility and courage, and does so in a warm, humane fashion. The work also offers the possibility for impressive visual and audio stage experiences. 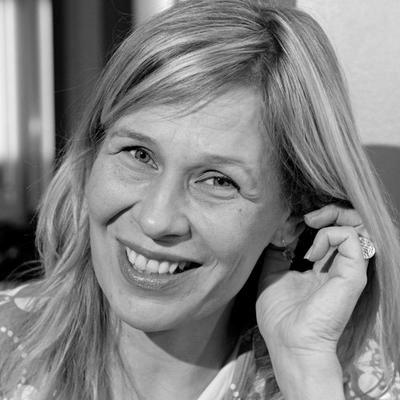