Marjo Niemi (b. 1978) graduated from the Theater Academy Helsinki in 2004, with a degree in dramaturgy. In addition to being a playwright, Niemi is a novelist and song-writer. With her powerful and beautifully written plays, she has quickly risen to the forefront of young Finnish dramatists.

Niemi’s first novel, Juostu maa (Land of Run) was published in 2004, winning the Tiiliskivi award. In 2008, her novel Miten niin valo (Is This Light) appeared.

Niemi’s play Juakse ko hullu (Run Like Hell, 2002) is a family drama seen from the child’s point of view, with a touch of magical realism. It has been played successfully in a number of Finnish theaters. The tragi-comedy Siperia lopettaa (Siberia Ends, 2003) describes the process of having a nervous breakdown and falling into the margins of society. Elämänkerjuu (Begging for Life, 2007) is an off-beat play about the adventures of Taneli Finland, who moves from the countryside to the city, and from there through Europe to Asia. He decides to leave home, even though it means abandoning his aging parents and the death of the family farm. The play is a poetic allegory of Finnish history.

Odotusaika on maksullista puheaikaa (Waiting Time is Paying Time, 2006) provides a view of modern poverty, depicting a world full of insecurities, where the gap between rich and poor is always increasing, and structures are forever changing. It shows how communities--no matter how hard-pressed and weakened--nevertheless find the strength to keep from feeling like they're about to fall over the edge. Näytät vieraalta rakas (Honey You Look Strange, 2009) is a humorous play about the ways that chance revelations make what had once felt familiar and safe suddenly feel strange. The play was a finalist for the Lea Award, given to the year's best play.

Niemi has also written two well-received children’s plays. In Suuri pölynimuri (The Big Vacuum Cleaner, 2005), the characters venture inside a vacuum cleaner, and amidst all the garbage, try to solve the problems of adolescence. Pikku Piru (Little Devil, 2006) takes up the unfortunately all-too-current problem of school bullying, treating the subject with a light touch and humor.

“The language is multi-layered. Its modernity is not in the way it displays spoken language, but in the way it juxtaposes different registers. Impressive rhythmical tirades switch suddenly into abrupt retorts. There are no boring moments in the work of these young dramatists. They know a lot, they read a lot, and they have the ability to see a lot of the world.”
- Outi Nyytäjä, Nuori Voima

And Saara, a promising six-year-old athlete, doesn't stop. She's always running, indeed is full of such explosive energy that even the church threatens to come tumbling down. But Saara's energy is needed, because things in the Härmä family are a mess. Mom is pregnant, but Dad can't get started building the house, so the family is living in the woods. Uncle Kosti is looking in the personal ads for a partner, and the local priest is desperately in love with Mom.

Responsibility falls on Saara, but it's too much for her to bear, so Grandma Aino has to keep taking charge, even if it means getting out of the coffin at her own funeral.

This touching family portrait, seen from the child's point of view, is a magical blend of realism and poetry. It shows how even the most difficult things can be managed.

The play has been performed for both adults and children, together and separately.

Siperia lopettaa (The Lessons of Siberia, 2003)

"A woman looks inside her head. Calls out. Says one word. Her head's a vast hall. Her head's cold. The woman forgets her head. Her feet drag, as if weighed down by a load of gravel."

Irma Aava is surfing the high waves and the low waves, never quite stopping at either. Her relationships with men are a mixture of addiction and hostility. Friends, parents and pills don’t help when the world is slipping through her fingers. Irma's Inner Heroine tries to make her pull herself together, but Guilt, Shame, Horror and Disgust pull her back down.

Siperia lopettaa is an uncompromisingly original dive into a collapsing mind, the present day and the problematics of gender. This multivoiced, raucously funny and heart-rendering tragic play does not pity, complain or teach, but creates a new world on stage which is a twisted version of our own.

Niemi's virtuosic use of language and the colorful embodiment of the mind make this play a captivating and memorable experience.

"Siperia lopettaa isn't the least bit tame. Here we see Finnish insanity in full flower. [...] The Finland of the play is an apocalyptic world, where the social safety net has disappeared. But Siperia lopettaa is not at all a social problem play. It's energetic and outrageous; it breaks all the traditional rules of drama and breaks them well."

The lives of five-year-old Ilona and thirteen-year-old Hemmo are turned upside down when Mr and Mrs Hormone decide to live in Hemmo's head. With this sudden onset of puberty, Hemmo becomes an impulsive twit, and in a fit of anger he vacuums his little sister into a vacuum cleaner. Ilona must fight her way out, joined by Oona the grape, who has herself been bullied.

This funny and surrealistic children's play looks at the world from wacky perspectives, where things can all-too-easily be blown out of proportion. Dad-mom, a single parent, doesn't always know which one to be; there are Junkaroos singing inside the dust bag; and the line between dream and reality is constantly being blurred. At the same time the play reminds us that everyone needs a place where they are always welcome.

The play includes a number of songs. A company can choose to use the arrangements composed by Iiro Ollila used in the premiere performance, or compose arrangements of their own.

The play has been translated into Swedish.

"I'll wail, as you put it, after all the arrangements have been made."

"In this family nothing's ever arranged, so don't let that stop you.”

A family is waiting at the airport for the body of their hero, coming home from Afghanistan. The airplane flies into a flock of birds and is delayed. Stuck in a glassed-in waiting room, with time stopped, the old masks begin to fall, and what was familiar suddenly begins to feel very strange. When the coffin finally arrives, it becomes clear that Harri the peacekeeper has died in murky circumstances, having been involved in human trafficking.

This dark, no-holds-barred comedy deals with the moment when the bottom suddenly falls out of life, and everything we believed in turns out to be an illusion. Packed in together, the characters are forced to look at themselves and each other from a new perspective, and are forced to take responsibility for their own fleeting lives. Truths, accusations, and confessions ricochet from one side of the room to the other, as sorrow mingles with stubborn defiance and bitter laughter at the world.

The play has been translated into English, and parts into Slovakian. 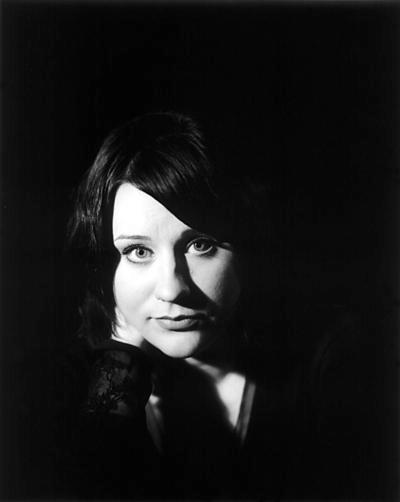