Becoming a writer was a natural step for Mika Myllyaho (b. 1966), who is one of the leading directors in Finland. Myllyaho has always been an innovative theatre practitioner, whose vision and artistry have produced a number of memorable productions. He is equally at home in new drama (Bis Denver, The Lieutenant of Inishmore) as in classic plays (Hamlet, Kullervo). As the director of the Group Theatre in Helsinki, he has worked to develop new scripts and performance practices. Myllyaho’s productions are quite accessible and often also funny, but at the same time they provide powerful, complex theatrical experiences. From the autumn 2010, Myllyaho acts as a general director of the Finnish National Theatre.

In his first play, Paniikki (Panic 2005), Myllyaho returns to a theme he has often dealt with when directing, the problems of being a man. This comedy, describing the neuroses of three young men approaching middle-age, was a great success, and firmly established Myllyaho as an up-and-coming playwright. Kaaos (Chaos 2008) is a darker comedy which humorously takes a stance on women’s life in today’s world whereas the closing part of the trilogy, Harmonia (Harmony 2009), is a rough comedy about work and passion. In 2018 Myllyaho returned to playwriting with Korjaamo (Garage), which takes a comedic look into aging and adapting to a new world.

Max’s friend Leo is frantically knocking at Max’s door. Leo’s wife has told him that he needs to think about things and put his life in order. Leo, who has no idea what could possibly be wrong with his life, asks Max to give him therapy. Max and his brother, Joni, a talk-show host, compete to see whose methods will help Leo the most, but they mainly end up revealing how messed up they are themselves. Max is neurotic and withdrawn, while Joni is self-centred and unable to commit to anything. Little by little, the trio realizes that they all need each other’s help.

This intelligent and contemporary comedy examines the crises, both real and imagined, of being a man. What does society expect of men? Is a man even capable of knowing his feelings? Can he be sensitive and successful at the same time? And what is that Almodovar movie all about anyway?

It has been produced at the Bellevue Theatre in Copenhagen, the Belyi Theatre in St. Petersburg (inv. to the New Drama Festival in Moscow), the Hungarian National Theatre in Budabest, the Republican Theatre of Belarusian Drama, in Minsk, the U mosta Theatre in Perm, Russia, the Krasnodar Academic Theatre, Russia, the Saratov Academic Theatre, the Vanemuine Theatre in Tarto, Estonia,  the Dailes Teatris in Riga, the Compañia Ilmatar in Madrid, the Teatro della Limonaia in Firenze, Italy during the Intercity Festival and the St. Georges Théâtre in Paris.

Sofia is a teacher whose school is being closed. Julia, a therapist, is having an affair with a patient. Emmi is a reporter in the middle of a custody battle, prone to sudden fits of fury. Over the course of one winter and spring, their lives are completely shaken up, making them feel like they're losing control. They have to do something.

Myllyaho's previous hit play, Panic, examined the problems of being a man, while Chaos is a dark comedy about women in today's world. The characters battle their own problems, as well as those created by an unfeeling society, all the while trying to hold onto their own values. They draw strength from their strong friendships, and take care of each other. And even in the bleakest of situations, there is always room for rambunctious humour.

"Another box-office draw for Ryhmäteatteri, and other theatres will also want to consider this play, which touches widely on current issues and offers three interesting roles for strong women.

Chaos is clearly bleaker and rougher than Panic, and at the same time takes more of a stand on social issues. It's also funny . . . with meticulously drawn female characters ... and deft touches moving beyond the comic surface."
Suna Vuori, Helsingin Sanomat

The play has been translated into Czech, English, German, Danish, Hungarian, Russian, Bulgarian and Spanish. In addition to more than seven Finnish productions, it has been performed at the Pleasance Theatre on the Edinburgh Fringe Festival, the Vanemuine Theatre, Tarto, Estonia and the Lithuanian National Drama Theatre (inv. Golden Mask Festival, Moscow).

Olavi had planned to take a break from his job as a stage director.  His last production had almost pushed him over the edge so it was high time for a holiday.  But now he’s been offered the most tempting project of all: directing Goethe’s Faust.  Once he sees his girlfriend Sanna’s miniature design – a glass structure which would be just perfect for the set – Olavi is irresistibly drawn back to the world of theatre.  While Sanna can’t bear to watch Olavi heading for a heart attack, producer Alex struggles to keep the director’s extravagant vision in line with the theatre management’s strict budget.  Olavi is soon forced to look himself in the eye and weigh his career, his life and his relationship in the balance.

Mika Myllyaho completes his successful trilogy with this bristling comedy about work, love and exhaustion.  What do you do when work is the most important thing in your life but it’s killing you?  Like Myllyaho’s Panic and Chaos, Harmony is a sharply humorous, gruffly tender study of modern times.

The play has been translated into English, French, German, Bulgarian and Danish. In addition to the three Finnish productions, it has been performed at the Vanemuine Theatre, Tarto, Estonia.

Jack owns and runs a garage in a small town. All of his life he has been an entrepeneur and provided for his family by fixing cars. But just before retirement he has to deal with a financial crisis: new cars need new kinds of tools and computers – which are expensive and require special knowledge. Jack refuses to admit defeat and wants to fight for his business to the very end. Jack’s friend Olly is a former school headmaster, who has left his job due to burnout. Jack has hired him as a favour, but Olly has an idea about how Jack can bring his garage to modernity: the world of Youtube. Can old dogs learn new tricks? And is there an audience for two aging men yammering about cars?

Garage is a simple, yet funny and touching comedy about friendship, aging and finding your place in the world. Myllyaho’s perceptive and humane touch gives it a special charm and offers two great parts for mature actors.

”After the show one feels strangely repaired.”

The play has been translated into English and Estonian. It has been produced in Estonia in a production by Polygon Teater and Vana Baskini Teater. 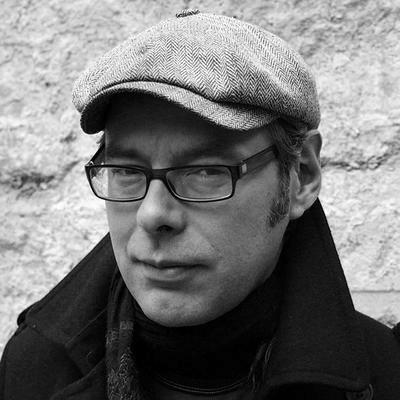