Jussi Moila (b. 1981), if anyone, has his own voice – or perhaps more accurately, many voices.  Namely, a stream of voices, identities, and images marked by a stunningly idiosyncratic theatrical touch flows throughout his plays. Moila stretches the boundaries of dramatic forms, uses choruses and poetry naturally, and forces viewers to reconsider conceptions of character and story. And he manages to do all this with a sensitive, accessible approach that reaches back towards theatre’s roots while remaining utterly contemporary.

Moila’s plays offer the director and the actors numerous interpretive opportunities and open-ended alternatives. They make room for the theatre group to do its own communal exploration in a way that’s easy for viewers to join in. Nainen joka rinnastui auringonkukkiin (The Woman Who Compared Herself to Sunflowers, 2005) is a poetic depiction of the search for love and identity. In it, the discrepancy between dreams and reality is illustrated by both Moomintrolls and Hamlet, and aspirations and memories melt into a vision that is simultaneously beautiful and ironic. Veitset leikkaa ilman (Knives Cut the Air, 2006) is the tragedy of an eastern Finnish family, a play about four people whose internal worlds contain stories and visions that take on an almost mythic scale. Paratiisi (Paradise, 2010) tells the story of a boy from war-torn Africa who arrives as a refugee in cold, mistrustful Finland. Despite violence and racism being core themes, the play maintains a hopeful, storybook quality to the end. Onnellinen perhe(A Happy Family, 2015) is a dark comedy about love and work pressure.

Funny thing—but life would be meaningless if the dead never visited the living.

A man who is falling into his shadow.
A boy who lives beneath the snow.
A boy who's burning without feeling the flame.
A woman who is filled with shame.

Through these four people, a story unfolds.  Is it a play? It is a tragedy, but in what sense? At least it has a Chorus who comments on, argues about, and maybe even creates what we see and hear. At the heart, however, is a family. An ordinary family from Eastern Finland whose ordinary life is raised to mythic proportions. Every generation has its own emotional wounds, its painful memories trying to surface. Everyone is looking for love, struggling to love in return, and trying their hardest to figure out what love even is.

Jussi Moila's play juxtaposes epic grandeur and the crude, searing relevation and thougtful contemplation. It's open to many interpretations, all equally inspiring and memorable.

I came to see you every day.
And I saw the landscape behind your eyes.
Did you know that in your landscape there's
a birch tree, a well, a bear, and a bee...
but one day
it was all gone...
and then I wanted to die.

The play has been translated into English, Italian, Hungarian and Estonian. In addition to the Finnish premiere at the Takomo Theatre, it has been performed at the Fogasház Theatre in Budapest.

The boy is from Kianji, a large country far from here. When civil war arrives, he loses his home and then, one by one, his mother, father, and brother. The guerrilla camp is his only source of friends, and even they send him on a mission as a suicide bomber. He’s rescued, however, and eventually ends up in eastern Finland. There he encounters a new kind of loneliness, suspicion, and racism. Only when he escapes into his internal world can the boy find freedom, with the help of MC Hammer and Michael Jackson.   Paradise is a beautiful and cruel tale of longing and homelessness. It tells its stories through potent images and passionate poetry. The text offers ample opportunities to make use of dance and music, and its outwardly directed, communal style makes it possible for both performers and viewers to participate in an enveloping common experience.

Alice is a performance artist and Anders is an author working on a novel about the Finnish Winter War. When Alice is given the opportunity of running a provincial art college, the couple move to a small town. The pressure of work and the demands of family life come to a head as Alice's artistic idealism collides with local economic realities, and Anders retreats into his work on war and the myth of masculine silence. By turns, when one seeks comfort the other inevitably flees. Can love and happiness prevail under these circumstances?

Jussi Moila's witty dark comedy addresses both intimate and worldly issues. Anyone whose life includes love, family or work will identify with the sharply observed characters and themes in Moila's play. 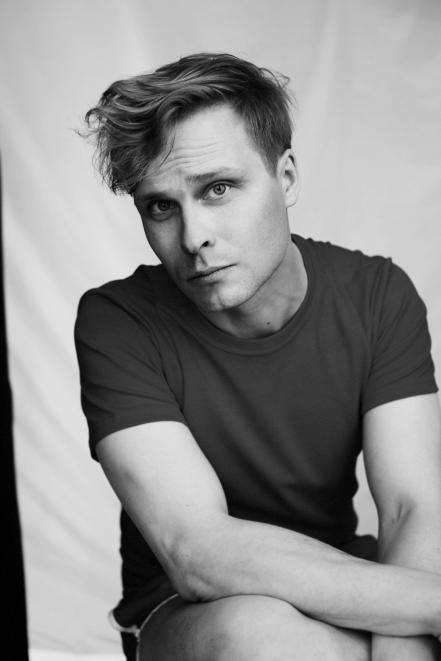