Veijo Meri (1928 - 2015) was one Finland's most important twentieth-century writers. He was a pioneer of 1950s modernism, introducing a new and personal voice to Finnish literature. Over the years, he rose to the status of a living classic for his novels, short stories, plays and historical studies. In 1998, he was awarded the title of Academician by the Academy of Finland.

Meri was a natural storyteller, whose precise language, dark humour and sense of the absurd have retained their vitality over the years. Many of his works are set in wartime, which provides a natural backdrop for his characteristic mix of comic and tragic.

Meri's breakthrough novel, Manillaköysi (The Manila Rope 1957), which Lauri Sipari adapted for the theatre in 2007, is characteristic of Meri in its depiction of the insanity of war and the randomness of human life. These same themes are developed in his first play,Sotamies Jokisen vihkiloma (Private Jokinen's Marriage Leave, 1965). Suomen paras näyttelijä (Finland’s Finest Actor, 1963), first written as a radio play, and Uhkapeli (The Gamble, 1967), which takes a playful look at Finnish history, are comedies about swindlers where Meri's peculiar sense of humour is seen in full light.

Examples of Meri's playwriting from the 1970s include the rural comedyNuorempi veli (The Younger Brother 1970) and Syksy 1939 (Autumn 1939, 1977) depicting the threat of imminent war.

The Ollila farmhouse in southern Häme is stuck in a state of quiet expectation after the father dies. In the house live two brothers and three sisters, along with their mother, who is already old and frail. They are preparing for a division of the property. The young people of the village spend their summer dating and playing baseball, but even amongst them there’s the feeling that they’re all just killing time waiting for something bigger to take place. When Ollila's younger son Heikki meets Aili, who has come to the neighbouring farm as a milk maid, he finds the courage to leave home and start a life on his own. Heikki's departure shocks his siblings, who begin to see that irreversible changes are ahead. Set in the late 1960s to early 1970s, on the surface the play reads like a mellow romantic comedy, but at the same time it depicts a society undergoing change and yet stagnating at the same time. Audiences still respond to Meri's familiar biting dialogue and warm humour.

Alpo Jokinen comes home from the front in order to get married, but his marriage falls apart before the wedding. However, it is imperative that he acquire a wife somehow, since if he fails to produce a marriage certificate he risks being shot as a deserter. Jokinen has one evening to find any woman whatsoever as long as she is "unmarried and registered in this parish, is a Finnish citizen and at least 21 years old."

In Veijo Meri's modern classic comedy, death is breathing down the protagonist's neck both at home and at the front. Survival hinges on chance, but chance can also bring luck. Meri's absurd humour and skilful dialogue are combined with tender characterizations, where the romance is subtle and surprising. Meri demonstrates that sensitivity and faith can be found even in the bleakest of circumstances.

Reiska is the best actor in Finland. If he goes to a park and acts like a bench, in no time at all some country bumpkin will sit on him and eat his lunch. Unfortunately, he also has such a short attention span that he is capable of leaving a performance midway and getting on a train to Turku. Theatres will no longer hire him, so his friends take it upon themselves to land him the post of theatre director in a small provincial town. Reiska prepares thoroughly for the board's interview, trying to make the best impression possible. But does he play the role too well? This highly amusing picaresque story looks at the world through Meri's characteristic subversive humour and perceptive characterization. Even the most unlikely coincidences appear wholly natural and believable.

The play has been translated into Swedish and German.

The threat of an imminent war transforms the life of a small school situated close to the border, when a group of six soldiers settle there to monitor the border traffic of the neighbouring country. There is an atmosphere of oppressive expectation, and the soldiers each kill time in their own characteristic way. The presence of the school's teacher and cook also offers an opportunity for some tender moments, but the threat becomes more real when the secret police arrive to interrogate the sergeant on charges of suspected espionage. The clock is ticking and at any minute something could explode.

The play has been translated into Swedish.

This tongue-in-cheek comedy shows how it is sometimes necessary to make history in ways historians might not exactly approve of. During the First World War, a Finnish lawyer, Silberadler, gets mixed up with the German bureaucracy and war machine. He is interned, enlists in the army, and ends up the leader of an infantry training company. When it looks like his battalion will be abolished, Silberadler must take a gamble, with all of Finland at stake.

This hilarious comedy combines slapstick humour with ironic satire. Its anti-hero promotes Finnish interests with sheer audacity, while furthering his own interests as well. The play questions whether a small country has room for morals when its independence is at stake. 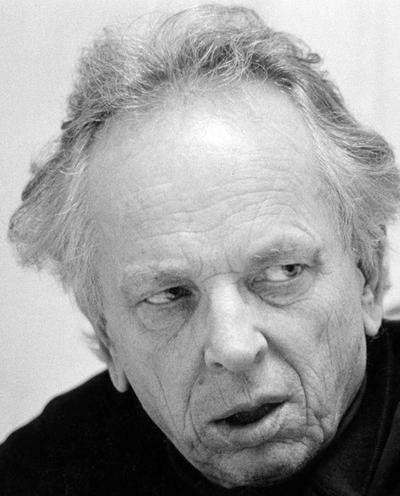