Since the 1960s, Hannu Mäkelä’s (b. 1943) thoughtful and linguistically-innovative works have been enriching Finnish culture. Mäkelä is a productive and original writer, whose prose, poetry and plays have been praised for their insightful human portrayals and their considered form. He depicts both history and the present day intelligently and evocatively. In 1995, his novel Mestari (The Master) won the Finlandia, the most prestigious literary award in Finland.

In his plays, Mäkelä often depicts exceptional people and their conflicts with society. A good example is his first play Voimamies (The Strongman, 1982), the story of a legendary strongman in the nineteenth century and his teacher, who is trying to write his biography. Mäkelä returns to a similar theme in his play based on a popular children’s book, Herra Huu (Mister Boo, 1984), whose main character, a small and lonely man, frightens children for a living, although he is really too nice to succeed.

In a small cottage lives a small, dark man, Mister Boo. His job is to frighten children, but he is singularly unsuited to this line of work. Mister Boo is frightened by nearly everybody who comes up the road, unlike the children who are curious about him. The little man is constantly in danger of losing patience with a greedy cat or a carnivorous plant. But he also has real magical powers, which he sometimes puts to surprising use. Finally, when a road is about to be built through the forest, Mister Boo has a chance to become a hero, without even knowing it. . .

The hero of Mäkelä’s now classic children’s book is transferred to the stage in a funny and imaginative play. Mister Boo’s adventures are fast-paced and surprising, and Mäkelä’s inventive text is full of poetry and beauty.

The play has been translated into English, Swedish, Estonian,  Polish and Russian. It has been performed at the Ugala Theatre in Viljandi, Estonia and in Poland at the Stacja Szamocin Theatre and the Groteska Puppet, Mask and Actor Theatre in Krakow and in Leningrad in Soviet Union 1980. It has also been performed in Sweden and in Iceland.

In the 1930s, Sandel, a schoolteacher, decides to write a biography of Talas-Eera, the legendary strongman of Kainuu, a region in eastern central Finland. He intends it to be a grand, idealistic story, which will instruct the Finnish people. But the more Sandel learns about Eera’s life, the more Eera begins to seem small and ordinary. Eera’s life is full of hunger, sickness, alcohol, and betrayal in love, and in the end is hardly different from the lives of thousands of other impoverished Finns. Eera never loses hope, however, and dreams of a better life.

In the figure of Talas-Eera, Hannu Mäkelä provides an insightful picture of Finnish history, and the Finland of the past turns out to be closer to modern Finland than is sometimes realized: this depiction of a strong yet sensitive man could just as easily describe a modern Finn.

The play has been translated into Czech and Estonian. 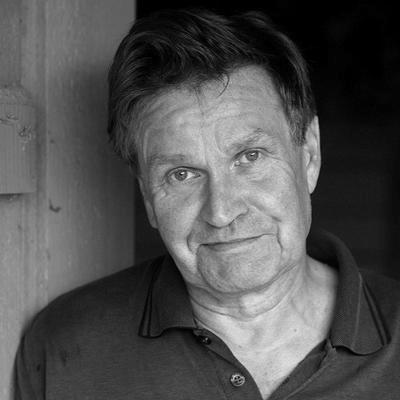