Theatre cannot be safe. Its fundamental characteristic is to surprise. (Turun Sanomat 30.12.1998)

Juha Lehtola (b. 1966) writes intelligent and thoughtful comedies about contemporary life, tinged with melancholy. In addition to plays and theatrical adaptations, Lehtola's oeuvre also includes translations and television screenplays. In 1995, Lehtola received the Finnish Critics' Award, and in 1998 the Young Arts in Finland Award. Lehtola has won the Venla Award for Excellence in Television, in 2003, for the film Nainen kedolla (Woman in the Meadow) and, in 2007, for the TV-mini series Rakkauden nälkä (Hunger for Love).

Lehtola's first play Mielen kieli (Mind Speak 1994) examines people's goals and the ways they become dependent upon one another. Its main characters are a cosmonaut forgotten in space and a woman travelling around the globe. Tulkaa tytöt takaisin (Please, Come Back Girls! 1998) and Loppuun asti lystikkäät (Exit Laughing 2001) depict complex family relationships and people who cannot get unstuck from each other. Othellohyrrä (Spinning Othello 2001) sets Shakespeare's tragedy in the contemporary world of business, turning it into tragicomedy.

Kari Hotakainen and Lehtola’s play Kuka kukin on (Who’s who, 2008) is a contemporary comedy. It depicts a society where people desperately want some genius to show the way forward.

1F, 2M, can also be performed by one actor

“One zap and bang the next one's infected. A person is moulded by their environment.”

Sergei, a cosmonaut, has sacrificed his whole life for one goal, but once he achieves it, he’s left floating in space. Thirty-something Helena has been flitting around the world trying to find herself, but always ends up back at Mauri’s house, her adoptive father. Mauri is doing his best to take care of Helena, but in doing so he smothers all her ambitions. Lehtola’s play is a series of verbally skilful and achingly funny monologues of people at a crossroads in their lives, analysing the ways they become dependent on other people and questioning whether we are ever capable of making completely free choices in our lives.

The play has been translated into English, Polish and Hungarian.

Putting together a bookshelf ought to be fairly simple. At Jani and Lotta’s, however, it becomes a never-ending project, through which Jani’s family tries desperately to forge bonds with each other. Jani’s father, mother and big brother Lauri get stuck in the apartment, talking past one other, acting self-consciously and trying to remember whether they have ever really been a family. Into the fray comes a Woman Writer, hoping the family will provide inspiration, new life for her works. Even though people leave the bookshelf, trudging as far off as Niagara Falls, or Sysmä, a distant Finnish town, these people are nevertheless always bound to each other, like it or not. Exit Laughing will make anyone who has ever had a family, or wished for one, laugh and cry in turns.

”Oh shit, what’s all this hassle over one shelf, a big man dragging himself off fishing half-dead, even though he’s completely knackered?”

Shakespeare’s tragedy becomes an insightful, melancholic comedy. A specialist in organizational restructuring arrives at a Helsinki coffee-vending machine firm. For reasons he himself is unaware of, he has been nicknamed Othello. His inflexible methods create panic, and nobody can be sure about his or her job. Othello falls in love with the CEO’s daughter, but Hugo, the Sales Director, starts to feed Othello’s jealousy with insidious hints. Lehtola shifts the traditional themes of intrigue and uncontrollable jealousy to the modern corporate world, with its intolerable pressure, where everybody has to look out for themselves. The play’s language is stylized, consisting mainly of idiomatic office talk combined with flashes of poetry.

“Dammit, why should I be Hugo when I can be Othello? Driving me are the insidious flames of passion. And what drives you? Cream puffs.”

"It’s very nice to hear your opinions, but put a lid on it. Let me assure you, however, that I value your opinions: I just don’t want to hear them."

Särkijärvi, an archive editor, is given the task of interviewing Severi Petäjä, the wisest man in Finland. For many years, however, Petäjä hasn’t said anything original. But then it turns out that Särkijärvi is in fact Fjodor Dostojevski, the 182-year-old writer, and now it’s his turn to answer the burning questions of the day and show Finland the way forward. Meanwhile, Jontte, a tech support guy, is trying to help Vladimir Putin, who cannot find Chechnya. Rinkinen, a managing editor, is also lost, trying to find himself in the left pocket of a sweatsuit.

This razor light and sharp-as-a-feather contemporary comedy depicts a society trying to find its place, desperately wanting some genius to reveal the truth—as long as it’s the truth they want to hear. Hotakainen and Lehtola’s penetrating observations of the present day are couched in humor so twisted that it begins to look straight when compared to the world around us.

This play has been translated into English. 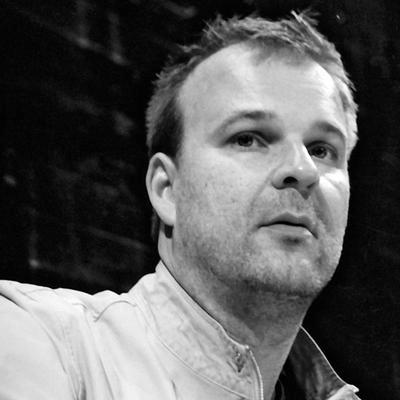