Pasi Lampela is one of the most productive and topical Finnish playwrights of his generation. His plays examine the problems of modern life and its hidden pressure points by combining tragedy and comedy. In form they are intimate chamber pieces, usually focusing on a family or other small group people. Lampela is also an accomplished director well known for his sharp interpretations of classics and new writing. He was the artistic director of Teatteri Jurkka in Helsinki in the years 2000-2014.

In his plays, Lampela often examines guilt, sexuality, conflicts between generations and the loss of values. He depicts conflicted people who fight for their humanity in a merciless world. Lampela, who besides drama writes novels and short stories, sees his work as an attempt to dismantle taboos and societal distortions.

The Dreams of the Marquis (2000) is set in the early nineteenth century; its central character is the Marquis de Sade, who has been locked in an insane asylum where a secret visitor comes to see him. Westend (2005) is a portrait of a well-to do family and their hidden conflicts. In Granada (2017) Lampela tells a comedic story of former lovers meeting again and reliving their passionate relationship, whereas On Ice (2019) is a family story about pursuit of success, set in the world of professional ice hockey.

The Dreams of the Marquis (Markiisin unet, 2000)

Now a bitter man, the Marquis de Sade is locked in the Charenton Asylum, nevertheless nourishing hopes of regaining his freedom. He keeps writing clemency requests to Napoleon, which his servant Marcel is forced to deliver. Finally, a mysterious woman arrives, who knows a shocking amount about him and who hints that she has influence in high places. Who is she, and can she really help free the Marquis? And why is she so interested in the notorious aristocrat?

In spite of its historical frame, The Dreams of the Marquis is very much a play with contemporary themes, including sexuality, power and evil. The Marquis de Sade believes that he is looking true human nature straight in the eye. In his opinion, man should rid himself of pointless prejudices and admit that he enjoys subjection and violence. But sometimes the roles of the subjugator and the subjugated are reversed. The man who gave his name to sadism is forced to acknowledge that he is weaker in real life than in his books.

The play has been translated into Swedish and French.

Olli Berg is nearing the culmination of a year-long project, as his firm is about to close a million-euro agreement with an international electronics firm. His financial worries are over and it's time to celebrate with his family. The party, however, brings to the surface the family's internal conflicts and suppressed anxieties. Olli's lawyer wife, Anita, is fed up with burying her feelings and being stuck in a boring marriage. The eighteen-year-old Elena longs to escape from the home's oppressive atmosphere. The arrival of Anita's brother Henri, an internationally recognized photographer, heats the atmosphere to the exploding point.

The play asks what happens to people who have sacrificed their lives to achieve success, and what price they pay for that success. It's a powerful depiction of twenty-first century Finland, where people's internal conflicts are suppressed behind a hard exterior.

Kirsi and Harri are former lovers who end up sharing a hotel room in Granada, in the heart of Andalusia. Neither one of them has gotten over their passionate relationship that ended abruptly three years earlier. Kirsi is studying the life of his grandfather, who fought in the Spanish Civil War. Harri has talked his way into tagging along, intending to get some closure with Kirsi. Two people, used to drowning their sorrows with work, have to face each other and most of all themselves. In Granada, in the middle of old world splendour, they have three days to confront their present. Huge surprises are in store for both of them.

Lampela's play is a comedy-drama full of funny and cringey situations, dealing with incompatible dreams, complicated relationships between people dedicated to their work and their meetings in today's Europe.

Jarkko Rautala, a successful NHL player, returns to Finland in the summer and arrives at his father's lakeside cabin. Jarkko's career is on the brink of crashing: he's afraid of stepping in the rink, where he used to be a consummate professional. What has happened?

Jarkko will have to go through a test that's even tougher than professional ice hockey: to face himself and the expectations of those close to him. The most difficult match of his life is approaching, and the rules keep changing during the game. Can anyone win in this tournament? Jarkko's straightforward father Martti and stepsister Essi, who's still looking for a direction to her life will also have to make their own personal journeys with destinations unknown.

Pasi Lampela has written a strong chamber drama that dives deep into the human psyche. It is a story of the price of success, sisterhood and brotherhood. 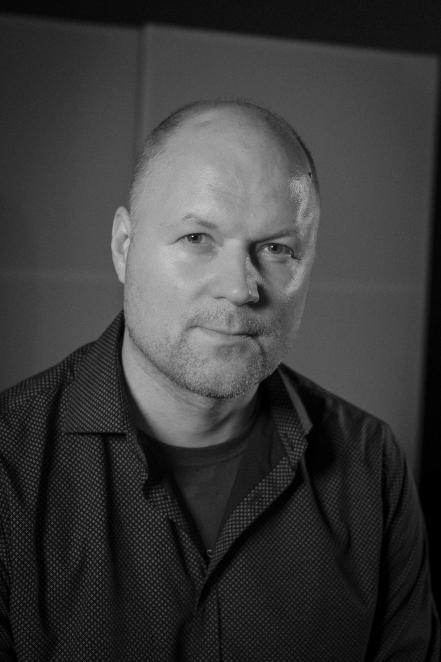