”The task of the artist is to dive into hell and bring back treasures for others.” (Teatteri-lehti 6/2008)

Otso Kautto (b. 1962) resists being labeled. The former national-class swimmer is now one of Finland’s leading theater practioners, equally at home directing in large theaters or for his group of strolling players, Quo Vadis. As a director, he’s brought his personal touch to both children’s theater and great classics. Kautto’s own plays combine structural experimentation and playfulness in touching stories filled with complex characters. He doesn’t differentiate between external and internal truth, or between what lies on the surface and what below. For him, the physical and the spiritual are one.

In his play Kipukynnys (Threshold of Pain, 2007) Kautto turns to his own athletic background, bringing a touch of magical realism to the punishing world of competitive swimming. Through the story of a promising young swimmer, Kautto creates a blisteringly beautiful theatrical expression of the physical and mental demands of world-class sport.

Tyttö tuli (It’s a Girl, 2009) focuses on both the hidden and visible tensions in the father-daughter relationship. With gentle understanding, it shows the unspoken pangs of growing up, leaving home, and dealing with blossoming sexuality.

Ansku is a promising young high school swimmer, in a constant battle with pain. She even swims in her sleep. Now she must decide whether she’s going to shoot for the top, or live a normal life. But after her first plunge into the pool, it follows her everywhere. The swimming pool is another world, outside of time and space, populated by figures from the past and her subconscious: Tomi, a promising swimmer who tragically drowned, and Swimming Champion, the embodiment of competitive swimming, who shows himself only to a select few.

Kipukynnys is a magical-realistic play about the pain and ecstasy of sport, the sacrifices that people make to get ahead, and the kinds of addictions it can lead to. The play is an example of how pain and beauty sometimes melt seamlessly together, mixing external and internal reality into a dizzying theatrical vision.

”If you decide to be a Swimmer then that becomes the cornerstone of your life. You are first and foremost a swimmer, everything else is secondary. You have to give up on being human.”

This play has been translated into English, French and Spanish.

”A boy needs to challenge his father, a boy needs to defeat his father so the father can get old in peace, knowing the baton will be carried on, but a girl. With a girl you need to go on being a man until the day you die.”

The father-daughter relationship is full of tensions large and small, spoken and unspoken, which this play explores with sensitivity, humor, strength and above all love. We witness fathers and daughters travelling across Europe, heading towards an unknown destination. Some fathers are dead, some daughters never had the chance to be born. The unclear line between girlhood and womanhood is at times bewildering, frightening or captivating. The fathers are forced to look at their daughters in a new way, not knowing whether their relationships will ever be the same again. The girls must learn to become independent, to make it on their own, but at the same time, they can never completely escape their childhood and home.

”Your heart’s been broken and I’m supposed to take care of you by being all women and what do I do? Fall asleep and get off the map. Don’t you think that’s symbolic?”

The play has been translated into Swedish, German, French and Spanish. 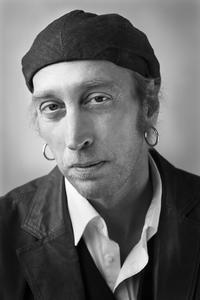