Kati Kaartinen (born 1972) is a playwright, screenwriter, and dramaturg based in Helsinki. Kaartinen graduated from the Helsinki Theatre Academy in 2002, majoring in directing and dramaturgy. Her plays deal with melancholic topics such as suicide, mental health, and lack of communication through a hopeful, life-radiating and warm approach. Her central topics can be divided into three categories which, according to her, will always remain as a permanent in our lives: death, birth, and love. Having grown up in the working class, her characters often reflect this reality as well.

In addition to working in theatre, she has also worked as a teacher and done freelance work in television and radio.

Daddy has gone to heaven and Mom is unable to get up from the sofa. 11-year old Aina is saddled with the responsibilty for her home and her little brother. Even the school can't provide a fixed point, when the substitute teachers keep coming and going. Her birthday is approaching and Aina doesn't even know how to make a cake... But perhaps somewhere you can also find help and caring. At least the new substitute and the strangely bright man next door do their best, in their own strange ways.

Kati Kaartinen's play, which won the 2009 Lea Award for the best Finnish play, mixes realism and fairy tale in its depiction of the world of childhood and its collision with the rougher side of life. The poetic, moving and tartly funny play appeals to both children and parents.

To be Human is a fable for adults about the aspiration towards goodness. There are a brother and a sister who won’t leave their home because they are caring for their disabled brother. The sister wouldn’t harm an ant, while the brother is waiting for someone to tell him what he wants.

There is Maria, whose children live with their father. Her motherhood is questioned by strangers on the internet and straight to her face. She does not understand the choice the siblings taking care of their brother have made.

There are a father and a son who have not met in a decade. The son carries with him the dream of a father whom he has never had. The father carries with him a feeling of guilt that he may never even want to give up. The father lives on his memories and traumas of being a soldier stationed in Cairo during the Suez Crisis.

The beautiful and enigmatic play turns small stories into a large vision about grace, unity and humanity.

The play has been translated into English, German and French (Quebecois). 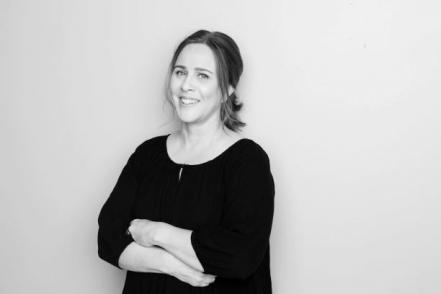