Kari Hotakainen (b. 1957) is one of Finland's most significant and popular novelists, whose work includes poetry, children's literature and drama for the stage, television and radio. He writes about deadly serious people who come into conflict with the demands of the world around them. Hotakainen is especially known for his ironic humour, as well as his rich and rhythmic language. Hotakainen's best known and most successful novel,  Juoksuhaudantie (Trench Road) won the Finlandia Prize in 2002 and the Nordic Council Literature Prize in 2004. This story about a man who tries to bring his family back together by buying a single-family home has thus far been translated into 13 languages. It was made into a movie in 2004 by Veikko  Aaltonen. Taking its cues from science fiction, Hotakainen's novel Bronks (1993) depicts what happens when the well-to-do and marginalized members of society crash.

Hotakainen's first play, Hukassa on hyvä paikka (It's Good to Go Missing, 2000) is a children's musical, with music composed by a leading Finnish musical artist, Iiro Rantala. It tells the story of a single-parent father, his inordinately strong son and their life in an apartment in one of Helsinki's seedier suburbs. Hotakainen's Nordic Drama Award-winning play, Punahukka (Border Crossing, 2005), is a comedy about an ordinary middle-aged man who finds religion, along with mercy and forgiveness.

Hotakainen and Lehtola’s play, Kuka kukin on (Who’s who, 2009), is a contemporary comedy. It depicts a society where people desperately want some genius to show the way forward.  A dramatization of Hotakainen's novel, Ihmisen osa (The Human Lot, 2011), is a harsh and witty story about a button merchant's family. It describes changes in society and working life where nowadays, instead of buttons, images and intangible things are sold. The novel (Le part de l'homme) was awarded with the Prix Courrier International in France as the best translated book in 2011.

Raimo Rock is born and grows up in Wasteland, a forgotten area on the edge of Downtown. He is bolted together and steel-reinforced, and obsessed with excavating. While digging, he finds a woman named Marja-Liisa, who fancies him but longs for Downtown. But then Downtown begins to expand into Wasteland, and the inhabitants are forced to move. Raimo aggressively resists this forced departure, and the results can only be destructive.

This dramatization of Hotakainen's novel is set in an unspecified time and place, a kind of science-fiction rendering of the collision of two worlds, depicting the winners and losers in society. It tells about the rough and ready people who speak only when they have something to say and live through their work. The play asks what happens to people who are torn from their roots and forced to accommodate to a new environment. Bronks tells a bleak story to which Hotakainen's humour and unaffected emotionality nevertheless add a touch of lightness and tenderness.

A triangular-shaped boy, Doltster Bolt, is fed up with his father's incessant visits to the horse-races and in revenge starts to drag a kiosk to Tattarisuo, an outlying industrial area in Helsinki. Helena, the kiosk clerk, doesn't get angry since she harbours warmer-than-usual feelings for Doltster's father. Doltster's friend Polka Pete is afraid he's going to be forced to get married, the caretaker's wife is searching for a lost song, while the caretaker cannot find his hammer. This children's musical, set in an outlying suburb of Helsinki, looks at everyday events from an oblique and poetic point of view. In this world, a pickle jar tells stories and balletic snow falls from the sky. At the end, everybody finds what they are looking for, including those who didn't even know they were looking for something.

The play considers the problems of being a single-parent father, the father and son's complex relationship, as well as their longing for a life beyond the ordinary. These large issues, however, are addressed through Hotakainen's familiar poignant humour and Iiro Rantala's music.

The play has been translated into Swedish and German.

"There are three kinds of song in the world, the kind that stay in your mouth, the kind that fall to the ground, and the kind you get for free if you buy enough stuff."

"It's odd that if a person displays his true colours he’s accused of seeing in black and white."

Pekka, a train conductor, finds religion as a born-again Christian and wants to atone for his mistakes, but manages instead only to mess up his own life, as well as the lives of those closest to him. His wife Elina doesn't want to be distracted by anything new, as all her energies are focused on an adoption process which is finally starting to move. Pekka's brother Seppo is furious about the end of their lucrative smuggling racket. When their half-sister Katja arrives from Russia, Pekka is forced to reflect upon the strength of his religious beliefs, and especially whether he can live and act in keeping with his faith. Martti, a minister, is also drawn into this crisis, but he is suffering from burn out and finds it almost impossible to muster up any passion about his work.

Border Crossing is a serious play about faith, mercy and forgiveness. It shows what happens when ordinary middle-class people face large questions, the kind they seldom ever think about. At the same time, the text is also engagingly humorous, full of compelling dialogue and captivating characters.

The play has been translated into English, Danish, Russian, Slovakian and Swedish. In 2006, Border Crossings got the Nordic Drama Award from the Nordic Theatre Union.

"It’s very nice to hear your opinions, but put a lid on it. Let me assure you, however, that I value your opinions: I just don’t want to hear them."

Särkijärvi, an archive editor, is given the task of interviewing Severi Petäjä, the wisest man in Finland. For many years, however, Petäjä hasn’t said anything original. But then it turns out that Särkijärvi is in fact Fjodor Dostojevski, the 182-year-old writer, and now it’s his turn to answer the burning questions of the day and show Finland the way forward. Meanwhile, Jontte, a tech support guy, is trying to help Vladimir Putin, who cannot find Chechnya. Rinkinen, a managing editor, is also lost, trying to find himself in the left pocket of a sweatsuit.

This razor light and sharp-as-a-feather contemporary comedy depicts a society trying to find its place, desperately wanting some genius to reveal the truth—as long as it’s the truth they want to hear. Hotakainen and Lehtola’s penetrating observations of the present day are couched in humor so twisted that it begins to look straight when compared to the world around us. 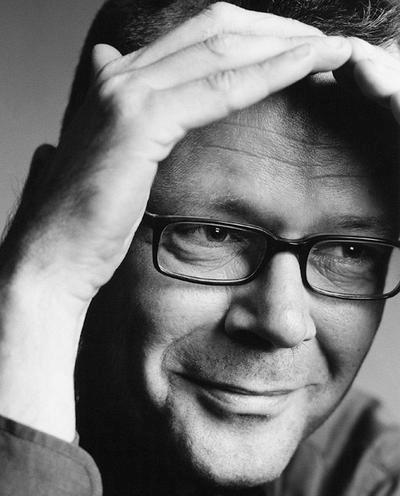